Located just a stone throw away from our crew car park is one of the UKs oldest and most thriving model yacht and boat clubs. Haslar Marina is very proud to support The Gosport Model Yacht and Boat Club (GMYBC), a partnership that started just before their Vane A Class Nationals Week in 2018.

The boating lake, just to the north of the marina, first originated as a mill pond during the reign of Charles II and is shown on maps from 1678. It changed to a cockle pond in 1751, and then, with the enthusiasm locally for sailing, particularly with the J Class yachts coming out of Camper & Nicholson’s yard in Gosport, model yacht racing began there in the 1890’s with the GMYBC forming in 1913.

Since its start, when many of the suited owners would have their staff run around the lake for them, the sport has seen many changes, not least with the introduction of the radio controlled classes in the 1970’s. The most enduring class is the Vane A Class Yacht, which is the largest of the models, with weights between 12 to 20 kg and lengths up to 2.1m long. These were first raced formally in 1923, and the class still thrives today.

The concept of the Vane A Class is that you set the boat up from the end of the lake for either an upwind or downwind match race. The skipper will set up the mainsail, self-tacking jib, and even a spinnaker for the downwind races, and then hot foot it around the lake as their yachts glide away. The skipper will rely on crew for when the boat ‘banks’ to tack or re-trim the boats. A lot of fun is to be had, and it is quite an active sport with the miles that the skippers and crew will pace during these events.

Our support enabled the Club to cut the weed ahead of their national event – a crucial activity before racing! As always, we are very keen to see the youth participation in these events increase, where many principles of bigger boat sailing can be learnt, and inspire future generations on the water.

In 2018 there was a fleet of twenty boats racing through the week for the National Championship, the Scrutton Cup, plus five more for the mid-week Yachting Monthly Cup. The Championship enjoys considerable status in the model yachting world; the fleet included past national champions in numerous classes, including full sized boats. 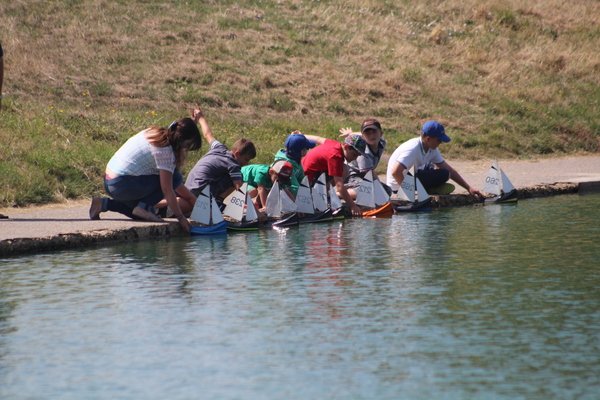 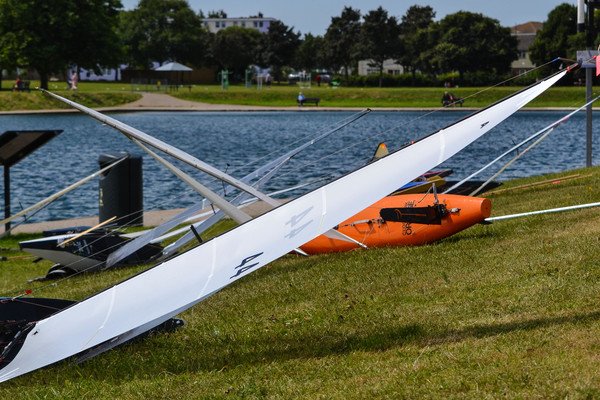 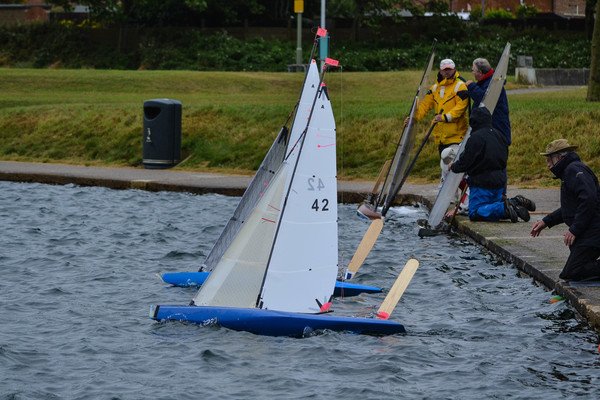 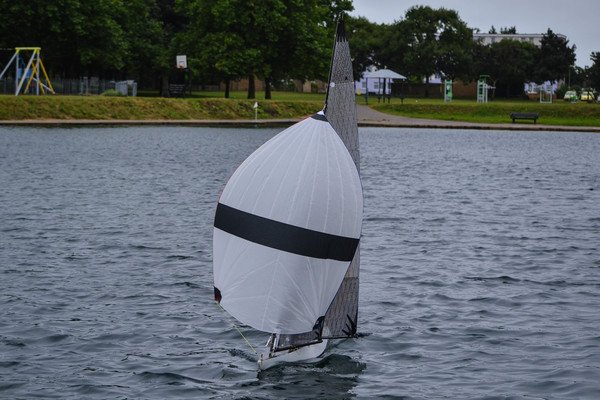 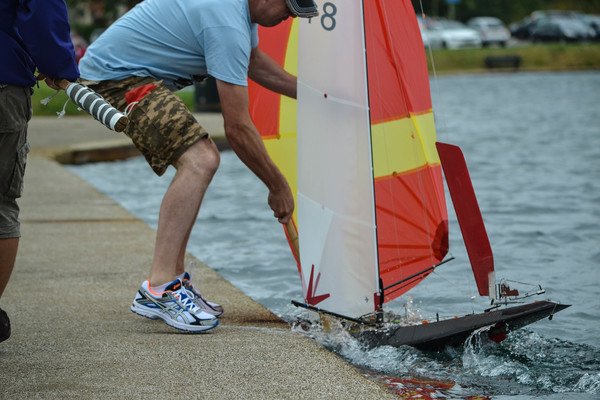 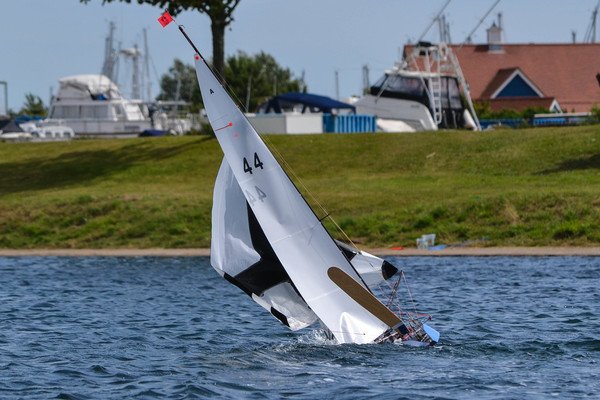 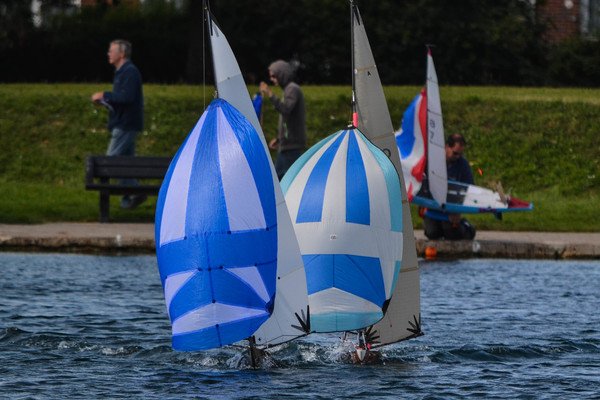