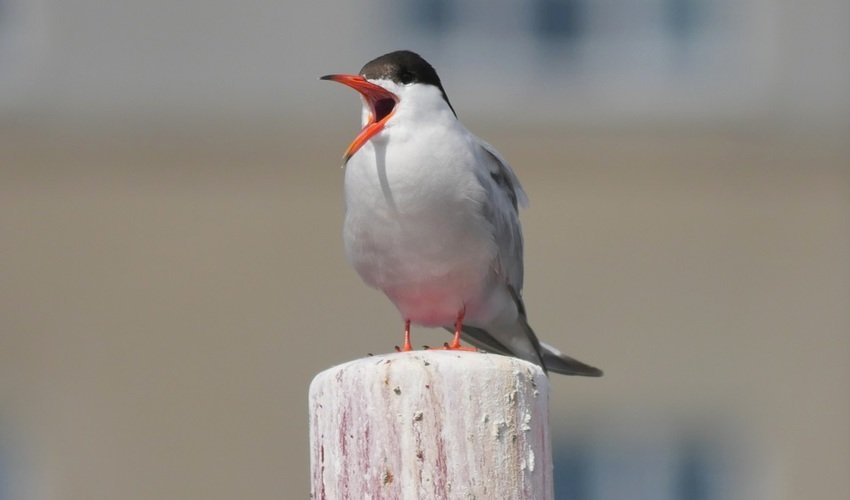 Over recent summers, Royal Quays Marina has become home to a thriving colony of Common Terns (Sterna hirundo). The birds migrate all the way from sub Saharan Africa to mate and rear their young, and in doing so they have become a notable feature of the marina in the summer months.

The colony started from a couple of pairs which Marina Manager, Matt Simms, first noticed nesting in 2007, and has grown steadily year-on-year to a point where they now expect in excess of 60 pairs to breed there each year.

Matt and the marina staff were keen to encourage the birds, and with measures such as reducing the vegetation before the birds arrive at the end of April, and by erecting electric poultry fencing to stop raids by the local foxes, the colony has prospered. However, whilst this guarded patch of ground was very much to the Tern’s liking, they were not welcomed by all the marina users, some of which found their territorial behaviour and aerial attacks threatening. Hard hats and umbrellas had to be provided for passers-by on the marina pontoons!

The answer in 2014 was a specially converted marina pontoon, complete with crushed scallop shell and gravel surfacing, chick shelters, and rescue ramps to enable errant chicks to climb back on board. When the Terns returned from their winter break in early May, they were lured onto the new raft with hand painted clay decoys (a rather large net having been placed over their old home). After a few anxious days whilst they checked it out, we were excited (and relieved) when they took to their new home and enjoyed a bumper breeding season – the best one yet! On the raft the birds suffered less from disturbance and passers-by and marina users were not subjected to the usual aerial bombardment. It seems that everyone’s a winner, and we are pleased that wildlife and a busy marina can co-exist side by side.

These attractive birds are easily distinguished from other seabirds. They are lightly built, with long slender wings, a forked tail, a black cap and bright red beak and feet. They have a buoyant and graceful flight and can be seen hovering over the water before diving for herring sprat and fry which come into the estuary and marina in great numbers. They can live for around 25 years. 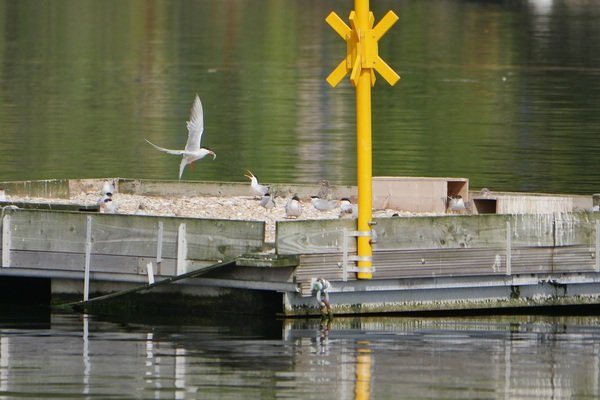 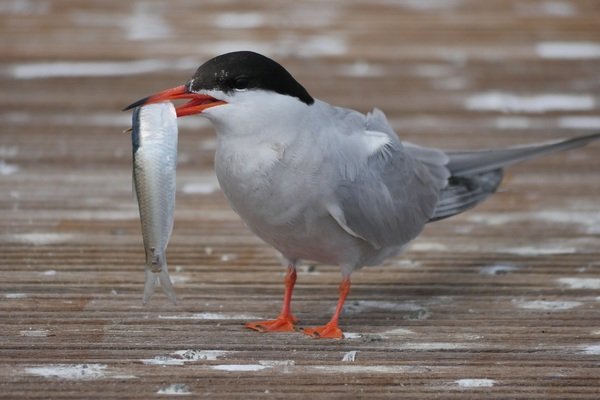 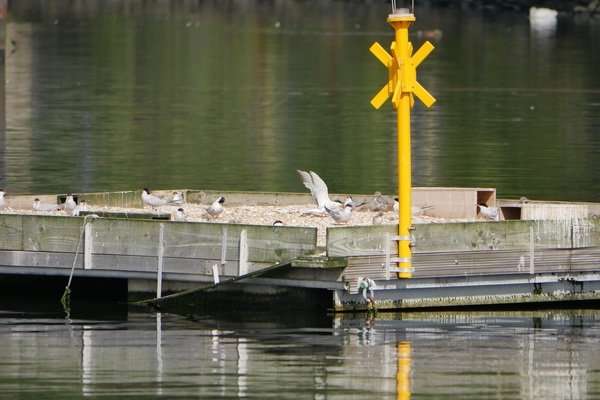 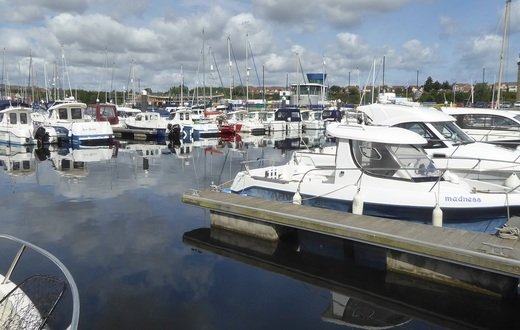 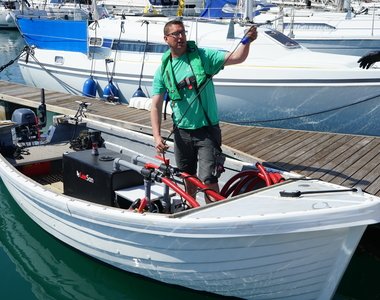 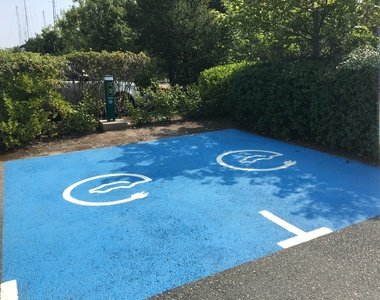 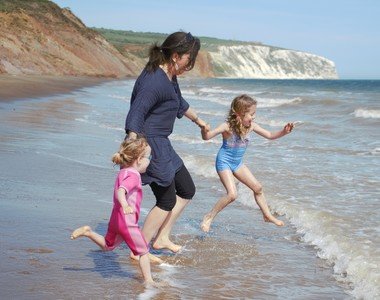 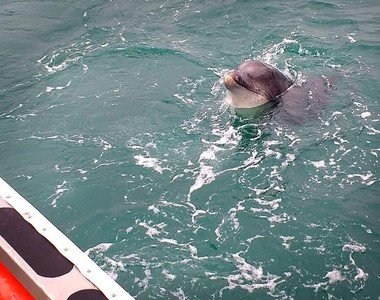 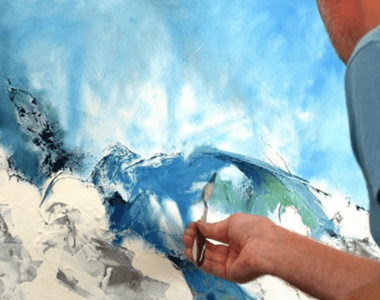